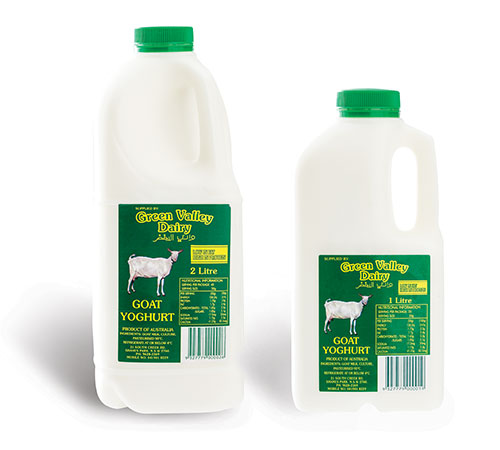 Goat’s milk products have a long tradition in the Sukkar family, writes Susie Cameron.It’s a hot day so Sam Sukkar offers a chilled glass of drinking yoghurt made from goat’s milk. The offer is soon forgotten as he explains the long family history behind his products: “For more than three or four hundred years we’ve been doing this kind of thing [making goat dairy products] from one generation to the next. And maybe I’m the last one, maybe not.”

On a small farm in Sydney’s western suburbs, Sukkar, 58, has been building a successful business for 15 years specialising in these products, transferring his family’s traditional work to an Australian setting. He points to a painting of the Lebanese philosopher, Khalil Gibran, overlooking Mount Lebanon, the country’s most famous mountain range. Sukkar comes from Becharri, at the base of the range’s towering mountains. “This is a landmark of Lebanon, this is our town.”

Sukkar describes the area surrounding Becharri as “tough land” but goats survive the harsh environment. Sukkar’s parents were shepherds with up to 400 goats. They made a living from selling goat’s milk products such as cheese and yoghurt, similar to his Green Valley Dairy range.

At 18, Sukkar left Lebanon for Australia in search of work and a new life. He knew little about the country or the language but had family members in Sydney. “I came to look around and I like – I stay,” he says.

After 15 years working as a welder, he wanted to get back to the land.

In 1985, he bought an old farmhouse nestled on a bare piece of land in Shanes Park with a backdrop of the Blue Mountains. The the only thing missing was goat’s milk. He bought some animals at auction and they produced so much milk he couldn’t use it all. “Then I had some friends with a shop and I showed them goat’s yoghurt and they liked it.”

During the early ’90s demand for Sukkar’s dairy line increased from local Middle Eastern communities. The father of three found himself working 16 hours a day with the help of his wife, Mary.

“Before I had the machinery I’d milk the goat, then pasteurise the milk. I’d do the cheese. Do the yoghurt. Then go to the shop and then come back and start again, doing the same job, every day,” he says.

Business really picked up after 1999, when Green Valley Dairy began winning medals at the Sydney Royal Cheese and Dairy Produce Show. Sukkar had up to 40 goats, including Nubian and Alpine breeds, but the herd died after being mysteriously poisoned. He started sourcing goat’s milk from other producers, using one tonne each week.

As the orders increased, it became too expensive to use only goat’s milk. He started using cow’s milk to make the cheese spread and yoghurt cheese balls. His biggest seller, yoghurt, is still made with goat’s milk.

Sukkar says most Green Valley Dairy goods are traditionally made using oil and salt as preservatives. He offers the glass of yoghurt. It’s smooth with a tasty tang. “This is very old product,” he nods. His ancestors would be proud.

GET SOCIAL WITH US